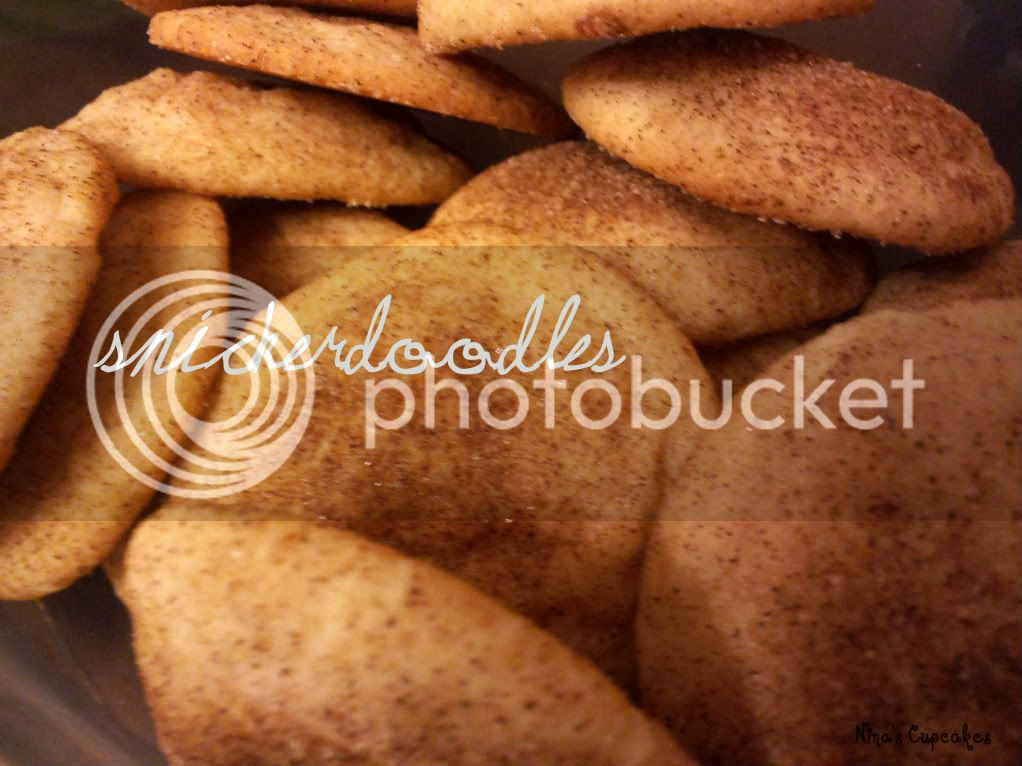 Snickerdoodles. It's a fun word to say out loud. After baking a whole bunch for my friends for their holiday parties, I was baked out. But Scott asked me to bake one last thing for his dad. His parents have different ideas of the perfect cookie. His mom loves crunchy cookies - almost burnt; his dad loves the soft chewy type. Scott has the crunchy cookie down. Just bake them for a long time, but soft chewy cookies are a lot harder. You have time it correctly. You want a nice crunchy outer shell, but the inside has to be chewy and delicious.

He asked me to help him out. Since I was going to be stressed out about taking the CPA (Certified Public Accountant) test, I knew that baking was a great stress reliever. I bring them to work and I have a big group of people to eat them without having to force Scott to bring them to work or eat them himself. It's a great deal!

I made half of this recipe twice. So yes, I made a full recipe, but I found the second time I made it, it was much better. This is my second version of the cookie.


Cinnamon Sugar:
1/4 cup of granulated white sugar
1 teaspoon of cinnamon (add more if you would like)


Directions:
If you're like me and you don't start baking until you feel like, you won't have room temperature butter. The best way to get it soft is to microwave it. If you put it straight from the refrigerator, you'll have to first put it in for about a minute and a half, and then at half minute intervals. It should be fine around 2 minutes or so. After it's soft, you can add the sugar. Mix until combined (I use a spatula, but you can use an electric mixer). Add the egg and vanilla. MIX IT WELL.


Then add the flour, baking powder, and salt together. I know most places have you mix it in a separate bowl, but really, I don't have the time to wash so many dishes. If you mix it well, it won't really matter...I hope.


Heat oven to 400 degrees F and bake for about 10 minutes. After letting it cool on the pan for 5 minutes, it's ready for consumption, or placing into tupperware for someone else to eat. I love this time of year. It's just a great time to bake for your friends and coworkers. I baked a batch of these for Scott and some of my coworkers since they found out that I baked. Great huh?

Well I know that they enjoyed it because I brought about 20 and there weren't any left when I left from work. Scott says that he loves the cookies and that they were his favorite! I'm definitely happy that he enjoyed them. He's never really had any of my baking since I stopped after we started dating. Now he gets to try all of my baking since it's the holiday season.

I really do miss baking guys; I hope everyone still reads and I promise to bake at least once a month!

I found the recipe here, and its a great one. Try it! I baked it for a little longer than the recipe and it still turned out chewy. That's the most important part - chewy, soft cookies.

This cupcake was definitely a nice fall dessert since it had pumpkin which was super easy. It's an easy dessert - just throw everything together basically and bam, it's done! A couple nights ago, I just felt this HUGE urge to bake. Possibly because I haven't in a while and because when I get stressed, all I want to do is bake..and then not eat it. I know it might seem weird to people, but I just can't get myself to eat what I bake, other than like one piece. This recipe is actually really good where I don't mind eating a couple of pieces...over a couple of days.

It's super simple to whip up, I did it in about 20 minutes and baking took about 45 mins. Almost fell asleep since I was baking at about midnight, but that's what the boyfriend is for. He told me when to take it out of the oven. Actually, I only found the recipe because I was showing him a website and then i thought that a recipe would be especially good. 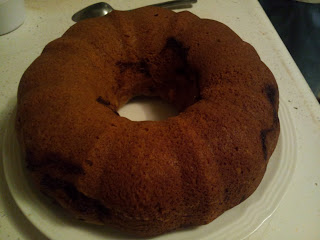 The recipe is a great one, but I modified it slightly. I used yogurt instead of sour cream, and added cinnamon to the batter. I also added more instant coffee to it just slightly and used hazelnut instant coffee instead of regular. It adds this actually nice flavor to it.

The coffee cake is especially good days after when the flavors are allowed to settle a bit. We had the coffee cake the next morning with some fruit and an omelet to share! 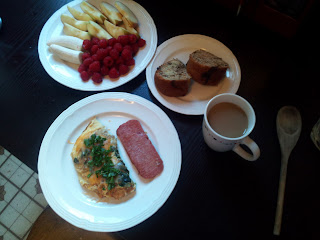 Yes, all I typically do is bake, but since I'm trying to lose weight and not spend as much money, my boyfriend and I have been staying in and cooking. Obviously, it's a lot cheaper to cook from home than it is to eat out every night. We talked earlier in the day and we decided that we wanted to make something with chicken, onion,  and celery in it. I chose some recipes and we decided on Jambalaya. 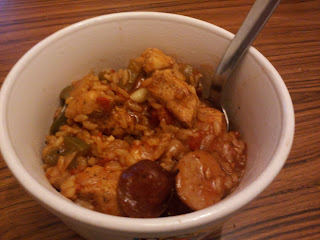 Some chicken, sausage and vegetables make a great jambalaya - much cheaper than at a restaurant.

So the recipe is modified from this Jambalaya recipe. We only made a couple of changes and it came out amazing! Everything is basically the same as the recipe, except the order in which we cooked items.

Instead of the meats first, we decided on vegetables first. 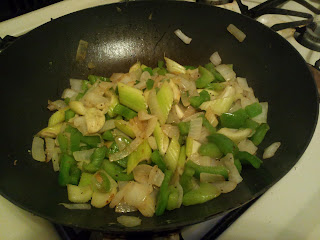 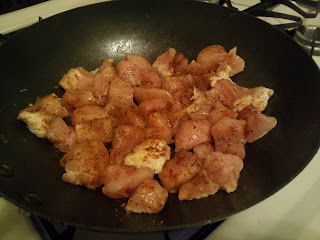 Then adding in everything according to the recipe. 30-40 minutes later - everything is complete! 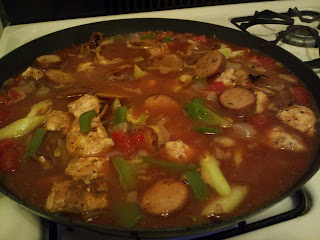 Email ThisBlogThis!Share to TwitterShare to FacebookShare to Pinterest
Labels: cooking

I have no idea who still follows my blog, but I have been slacking in the baking department since I met my boyfriend. Anyways, we had been together for a year so we decided to go to my hometown and Disneyland!

Some of the pictures I took (with my cellphone camera) 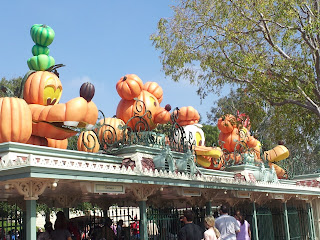 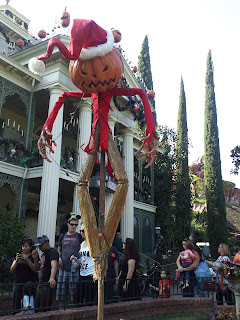 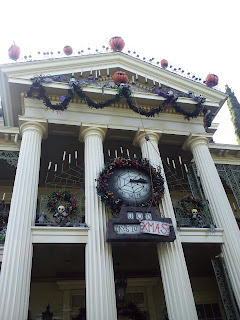 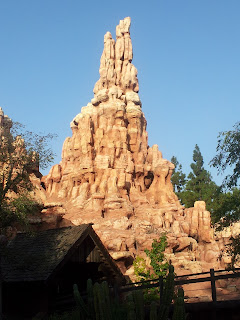 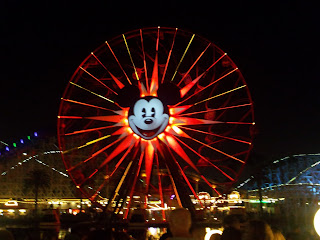 Lovely sights hm? I really enjoyed the park all decorated Halloween like. This was only in Disneyland though. California Adventure, which was the first time I've ever been, was so much fun as well. Scott and I had so much fun together and ate way too much for our own good. 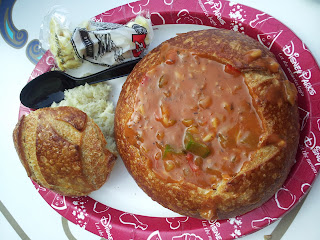 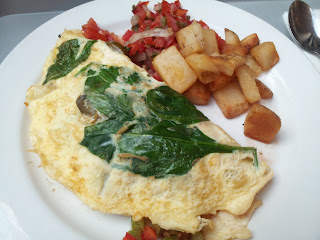 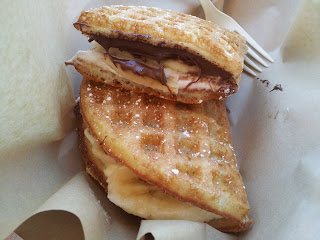 All of these things were delicious! The gumbo was in Disneyland; the second one is from Embassy Suites, and the third is from this amazing place called Bruxie. The waffle sandwich is a great thought and they are so good. I'm so glad they're opening one in my hometown too so when I go home for thanksgiving I will definitely go there for food! So I know that this is a bit late, but I've been busy moving, travelling and having too much fun!

This cake itself was pretty easy to make and super delicious! I really enjoyed putting these together. I gave one to my friend who came by and visited me in San Francisco, kept one for myself, and gave the rest to my boyfriend who was meeting his grandparents in Vegas. Apparently it's their anniversary!

As I mentioned travelling, I ate so much great food. Here's pictures of some of them!

So much good food in Asia, I really wish that I could bring back the tastes for you guys!

Fruits of the Forest Pie 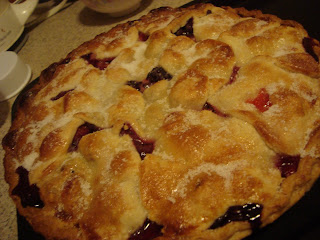 I know that I had promised to bake more..and now that I'm moving out of my apartment I am! I had 2 frozen pie crusts and I thought that yesterday was perfect for a pie.
I had tried to just use the other pie crust as the top crust, but it fell apart on me, so I decided to be a little creative instead. I cut out (using cookie cutters) hearts and made the top crust that way. This way, there were vent holes where the pie could do its thing.
It was so delicious. We couldn't even stop and get a picture of its inside. The many many different berries made it a great combination. I feel like you could still taste all of them even though they were mixed together. It was still warm about 2 hours later when we finally dug into it and it was gone in 2 minutes.
Fruits of Forest Pie (adapted from here)
Ingredients:
1 double crust pie crust
2 cups strawberries, cut into small pieces
1 cup blueberries
1 cup raspberries
1 cup blackberry
2/3 cup sugar
1/3 cup flour
1/2 teaspoon cinnamon


Directions:
Preheat oven to 375 degrees.
Ease bottom crust in 9-inch pie pan.
In a large mixing bowl, combine the sugar, flour, and cinnamon. Stir in berries. Gently toss berries until coated. Transfer berry mixture to the pastry-lined pie plate.
Trim bottom pastry to edge of pie plate. Place top crust on filling and fold edge under bottom pastry. Flute edge as desired.  Prick with fork for steam vents. ( I made the top crust by cutting some pie dough into shapes of hearts and decoratively placed them on the pie)
Bake for 50 minutes, or until top is golden filling is bubbling. Cool on wire rack. So I know, I haven't been keeping up with baking, but I'm trying to get back into. These were made for the Kiwanis Takeover. They were sold for $40! YAY!

It's based on this recipe, but I replaced the mousse with pudding because it was easier to buy. I also used devil's food mix instead of making it from scratch. I'm being lazy, I know! It was delicious regardless!

I called them (maybe) Better than Sex Cupcakes because...well I don't want to promise anything. What if it wasn't better than sex, that would just not be good. Look at that delicious inside!

I know that I haven't been baking recently, but I promise that will change! 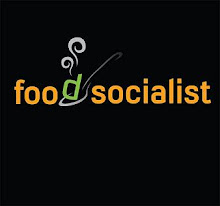